I was moved when the amazing  teens who survived the February 14, 2018, mass shooting spoke on TV. When interviewed by Jeff Glor, CBS Evening News Anchor, they asked that their event not be used as part of the anti-gun movement. Instead, they asked for support in this time.

However, the support they need is immediate and the long term need in America is for the gun violence to stop. Long term and permanent change is the real need in America. Other countries do not have this serious a problem. My personal opinion is that the very métier of our profit mentality is the biggest part of the reason why these tragedies occur.

In my very humble opinion, my thoughts follow about how WE as Americans can stop this societal tragedy that has infected our country. First, let’s look at the people, corporations, and mentalities that create the opportunity for gun violence to occur. Second I will state my opinion on who and how the items in the first section should be held accountable. Third, I will summarize the entire process.

I firmly recommend that if you begin reading this blog post, that you finish it. The Summary at the end is vital to understanding this concept. I am also aware, that it is rather long for the normal “formula” for a blog post. There is no way to state what I think and make it shorter. In fact, many of these thoughts bear far more development. I omitted further development in the interest of as much brevity as possible.

The 15 Minutes of Fame meme has become, IMHO, one of the main reasons why these tragedies happen. 15 minutes of Fame for destroying the lives of countless others. The perpetrators are typically described post facto as psychologically needy, loners, or maybe have shown other violent tendencies. Thus, I believe the following groups of We the People of America have contributed to the perpetrators’ personal method for achieving instant fame. It is also closely linked with financial profit. 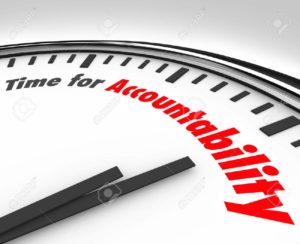 Next, let’s get creative and think of ways of how, specifically, each of the above groups can be held accountable for their part in creating the opportunity for violence in this country. Again, these ways are my opinion only, in the hopes that others, who actually have control over the methodology to institute change, can take steps to make change within their group. Holding those responsible creates accountability, something that has been sorely lacking in America. No one group is totally responsible. “We the People” must all stop profiting from the misguided actions of those among us.  It is a national issue. No one person can stop the violence; my ideas certainly cannot stop the violence. They are merely ideas.

Here are my thoughts on what each group above could do to create change:

In SUMMARY: I am only too well aware of the near impossibility of there being enough ethical people in the United States to be willing to let their pocketbook be affected by instituting change. After all, the profit motive is what drives this Nation. Well, I believe profit has driven our nation into the abyss of providing the climate and opportunity for gun violence to continue.

I am also aware of how “out of the box” and altruistic this may sound. However, my ideas are merely a start to much better ideas than mine which might create change and STOP THE GUN VIOLENCE. Everyone–think beyond my thoughts.

Finally, I say, STEP UP AMERICA – HOLD YOURSELF ACCOUNTABLE and make the changes that will really help. Each of us must do our part if we really want this gun violence to cease.

Stop the 15 Minutes of Fame. Stop profiting from promoting that 15 minutes.

Blog Finding a New You Wisdom from Within